This is the continuation (part 2) of the story about Minolta XD line cameras – XD, XD7, XD11, XD5, XD-s. Just a few more examples and news.

This article is more interesting for collectors, not for photographers, who, as you already know, can take any of the Minolta cameras and don’t think about all these differences between camera generations.

The first part of this review is strongly recommended for a better understanding of the topic linked with Minolta XD cameras. Strictly speaking, this second part contains only a few additional examples of cameras but main and important information can be found in the first part, the direct link:

Only a couple of months have passed since the publication of the first article. And it seems that we should not expect new information in such a short period. Moreover, we are talking about things that are already about 40 years old. That is, new information should not be expected at all. Nevertheless, some miracle happened and we really got something new.

The news about the material of the bayonet ring of different models. 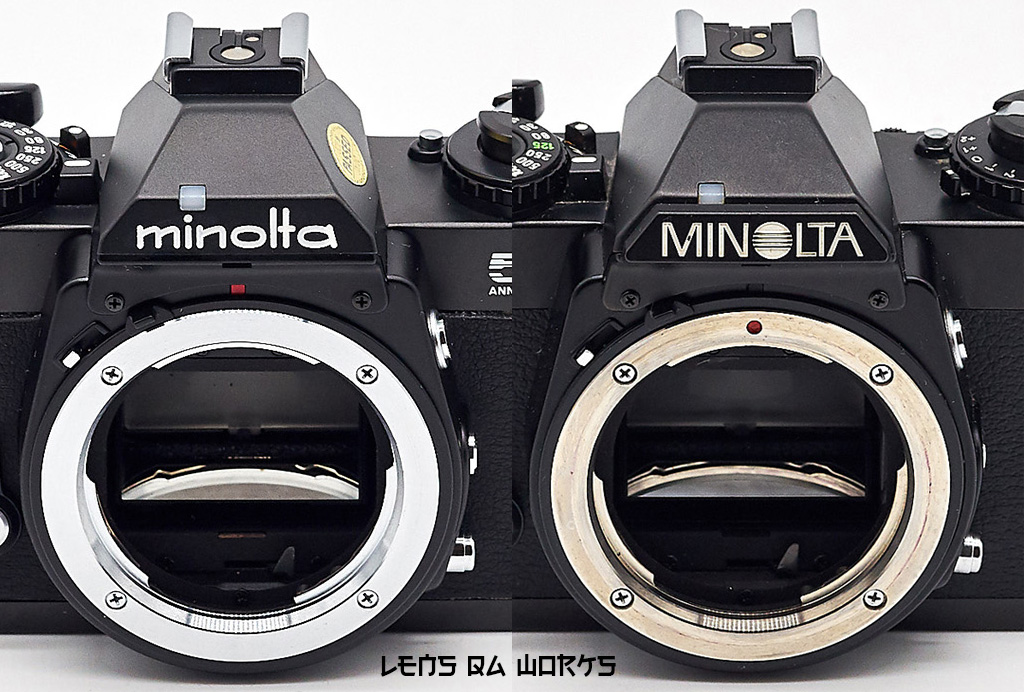 The collector’s community immediately started a little investigation and now it seems that some a big amount of XD-cameras with “New Logo” has a bayonet ring made by more modern technology/materials than it was for previous XD cameras. The “red dot” on the bayonet ring can be met only on cameras with the New Logo, but not every “New Logo” XD camera may have the red dot on a mounting ring.

there definitively is a visible difference, where the “plain bayonet” is silvery , the “dotted bayonet” has a light brownish/yellowish hue. This hue is visible on X700 and new logo XDs.

I remember in some brochures of the X-700 was mentioned as an improvement the fact that the bayonet metal was made of “sintered steel” (or sintering I don’t know the right English word) . I’m not an expert in metallurgy and therefore I cannot say exactly what advantage there is in the use of this treatment or production method.

(Also, much other information in this article was given to me by Andrea, include the scan of the USA contest promotional article from the press. Thanks!)It’s just great that even after so many years and with such a large community of fans, there is still the opportunity to find something new in the history of this company, even for beginners in collecting and research.

So, let’s start with the XD-s. When the first part was published I didn’t have an XD-s, so it was a really big gap. Here it is filled.

Finally, the very interesting camera by its origin: XD11 50th Anniversary. I don’t understand how it comes to my hands, but it’s a great opportunity to show it for readers:

The USA contest promo from the press of those days: 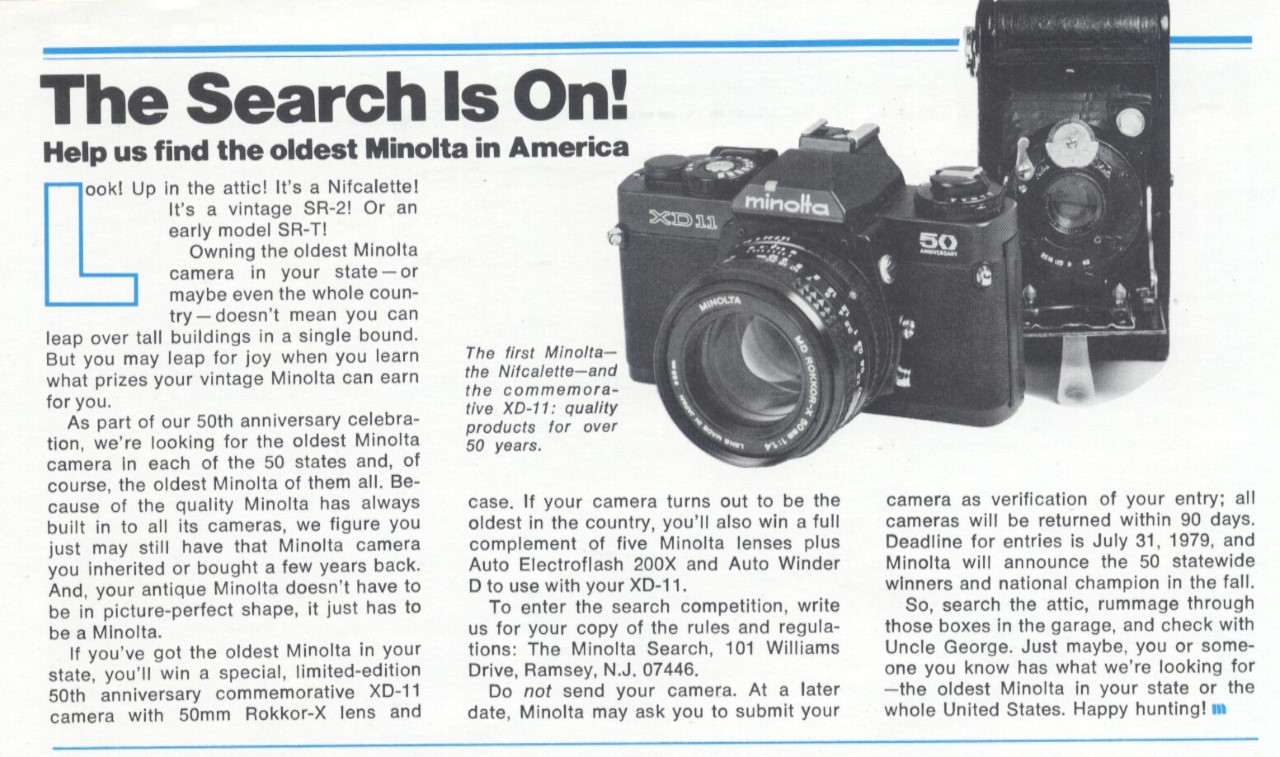