The description of a LensRomantic test is here. These comparisons are for collectors or tech-enthusiasts. Photographers may go directly to a lens review.

Minolta Rokkor Macro 50/3.5 MC-II – maybe not a star or gem but works fine and can save a few yens if Macro is not a daily necessity but required in sometimes.

This comparison is correct only for conditions and equipment used for tests. Test results can differ if any element is changed 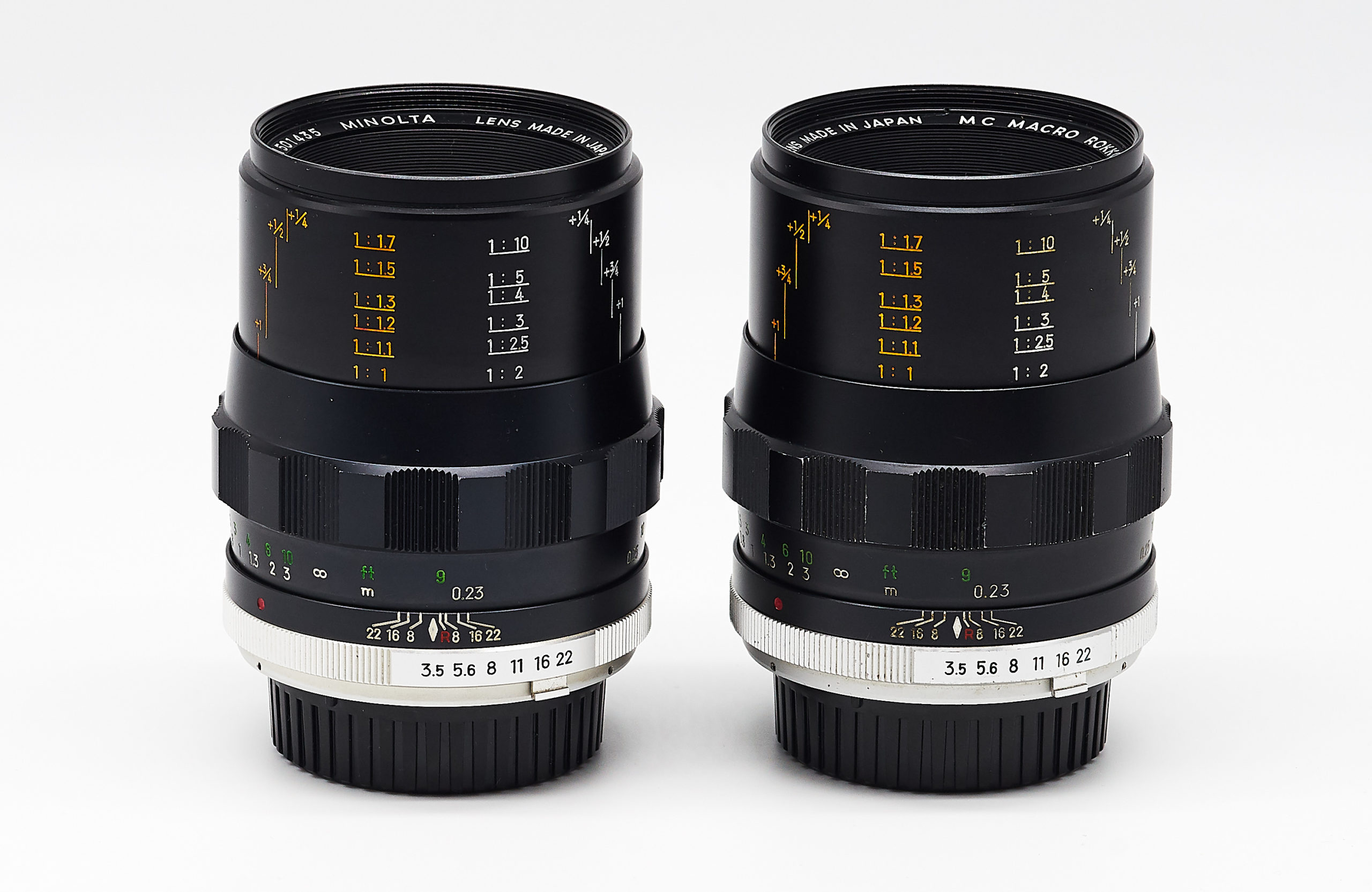 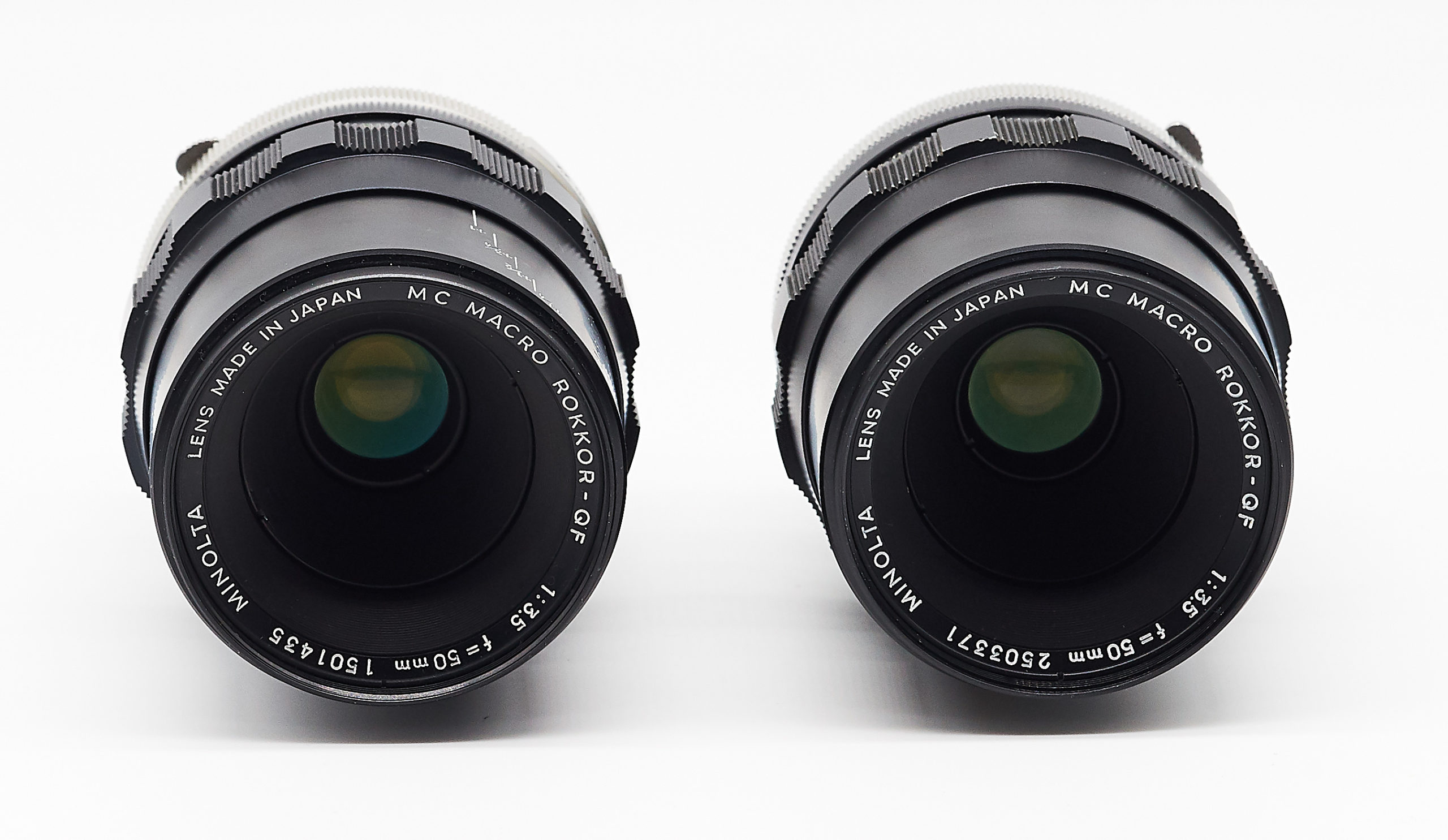 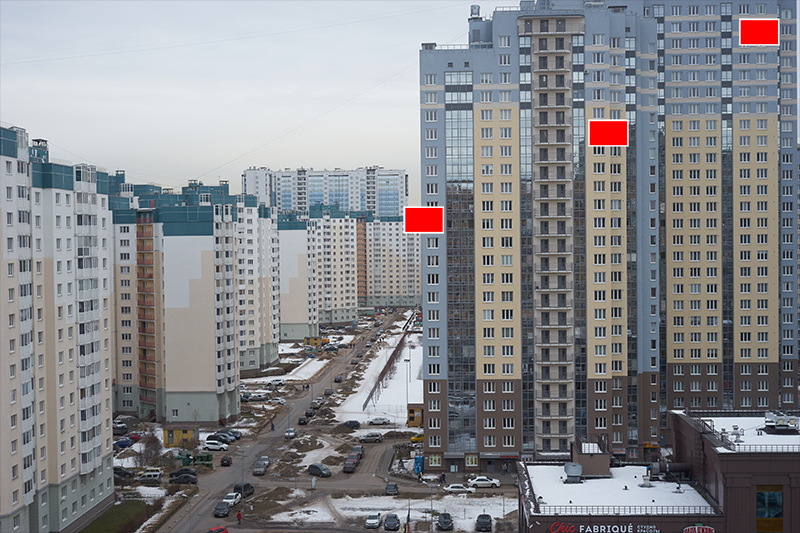 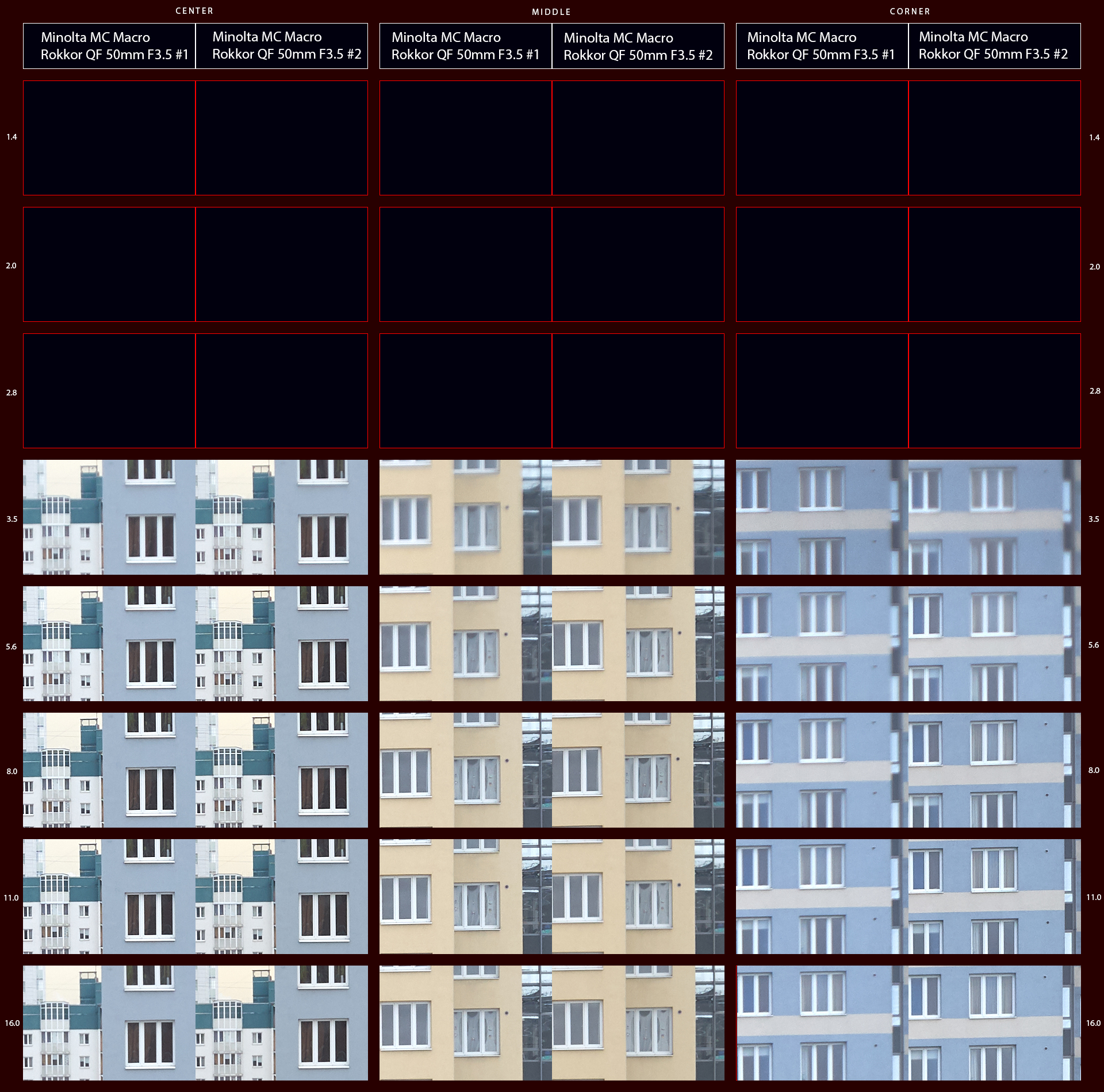 This is a rare case for Minolta – a noticeable difference between two copies of a similar lens. It looks not like bad and good lenses, but lenses that work in different ways.

I prefer #2 independently of the scratched glass, but it just my taste and in general I want to say that both are enough equal and it’s hard to make a choice. Also, I tend to think that both lenses are in borders of quality control of that era.

After the publishing of this comparison I got an interesting comment by Andrea Aprà (c) :

There are some Minolta lenses that although apparently have the same aesthetic characteristics and the same dimensions, have been produced with different serials.

Serials have 7 digits and generally (there is no precise rule and therefore there are exceptions) the first two (sometimes 3) digits identify the group of serials, the other 5 are an incremental counter of the pieces produced.

These are disjoint numbers, that is, the observed pieces are much less than those needed to connect the groups continuously (that is, no 12xxxxx or 13 or 14 or 16 or … 24 serial were ever seen).

It is impossible to know exactly why this production was segmented into 3 large groups. Perhaps for production reasons a change of manufacturing methodology has been made making it better or cheaper, or a supplier of some part has changed or something not very visible has been changed in the optical scheme while maintaining the same global structure or the coating or … We don’t know. Perhaps the fact that 25 is better than 15 depends on this or is only an oscillation within the range of production tolerances and the serials have nothing to do with it.