Lenses unique color rendition – a faith or a physics?

This article is unusual because stays opposite to the very positive and popular sentence about Minolta products – “Minolta lenses have a better color rendering than many other lenses”. Under ‘many other’ I mean Pentax, Canon, Nikon, etc. It isn’t a secret that I love Minolta lenses because some of them are really outstanding, but I do not agree that it is worth attributing to them properties that they do not possess.

This test has been performed more than a year ago but wasn’t published. The reason is described below.

I read a lot of mentions on forums and social networks that the colors of Minolta are better and it “can be seen easily”. Some photographers directly are talking about the fact that the landscape shot with a Minolta lens will be more colorful than that landscape with another lens.

How it can be?

Let’s imagine what are the possible reasons for changing colors: it may be assumed that on open apertures, colors will indeed vary due to aberrations that result in a slight color-shifting. This case looks obvious. As a result, it also can be assumed that the fewer aberrations, the better the colors. Or, for example, that different optical designs will lead to different color reproduction.

What else may affect the colors? Coating? OK, if it so, then lenses with different coating should provide different colors.

Anything else? Here my fantasy stopped because it looks that other reasons belong to a sensor/processor or film/process.

That was just my speculation. But something is looked wrong in this simple logic, and I’ve started preparations for the test – how about to compare color rendition of: 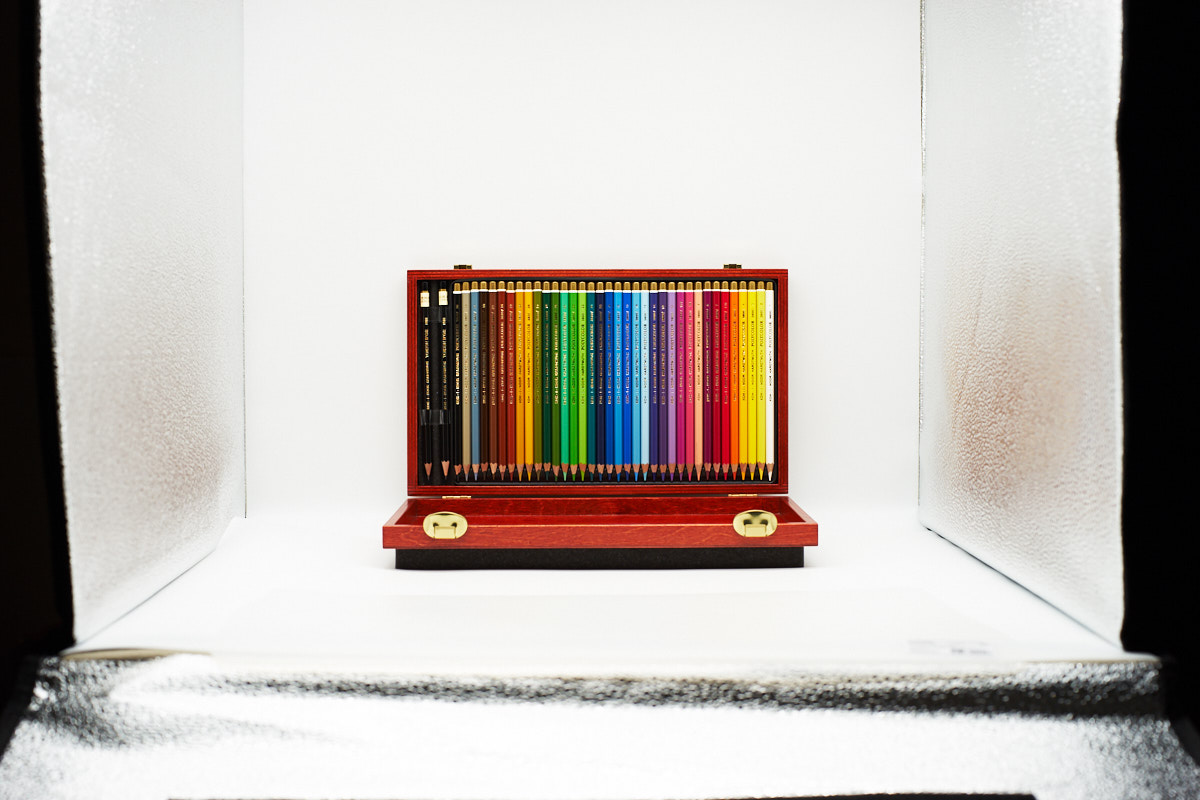 Two stages have been planned:

It should be a long time job, but I was expecting to show incredible advantages in the color rendition of Minolta lenses, about which everyone talks so much.

What did it give us

Life is a complicated thing. When I saw the results from the beginning stage (on F5.6), I stopped and even didn’t start to write the article because was sure that it isn’t interesting for people – to see absolutely similar results from all of the lenses. Yes, all lenses are the same regarding colors.

Better to say that difference exists but special tools are needed to see it, a color-checker pen in Photoshop maybe… I see no chance to see the difference in real photos.

The idea about lenses color rendering comparison has been dropped and I returned to normal life.

The faith wins too often

Of course, statements about the magic color of Minolta continued to appear on the network, but this did not seem to be something important until I came across a question about it again: one year later I met a topic in Facebook with the header like:  “is the Minolta color rendition much better than many other?” And dozens of people said – yes, it’s tested and verified.

That time I realized that it isn’t a technical question, it’s a question about faith. It looks like fans repeated this idea during a long period so many times, that readers started to think that it is verity because of “So many people cannot be wrong” and have continued to repeat it.

As a result, finally, this article has been written. Just with a purpose to show the one picture only – with the results of the testing on F5.6.

Yes, the difference is presented and can be seen, but not easy, btw. – and we are speaking about the head-to-head comparison special diagram. Is it possible to say that some lenses on this diagram have a better color rendition than others?

On the other hand – I’m a person who makes a lot of mistakes and doesn’t understand a lot of things. Maybe it is just my wrong opinion and I simply don’t see the things which are seen by a lot of photographers?

I would be appreciated if someone tell me that I’m wrong and why.

it’s not really possible to tell, because the comparison strips are too narrow – can you post the full set of full-size test photos for further comparison?

Do you mean that colors are depends on the sizes of strips?

I see. A digital camera backed by an in-camera chipset that is designed to correct color and white balance on the fly, and fix flaws / noise ever-present in MOS devices. It’s like a little Mr. Data with a marketing degree with a copy of Photoshop inside the camera, that can’t be turned off. After that, it was run through at least one image editing program, one of which very likely applies a colorspace that is different from the camera’s, then squashed into 8-bits per channel and piped into my retinas through an IPS monitor that is a comparatively (to the real thing) a low-output device.

If anyone who is staring at that attempts to say something profound about the quality of an analog technology–like a Minolta lens, or any of the aforementioned lenses–while staring at a dim 8-bit/channel JPEG, well that sounds like faith to me. Can I get an amen, at least?

As you speculated, the formula of the optical glass and the coatings determine character of the lens. Put down the digital tweak-inator and look through the lenses with your own eyes, in front of a neutral background. One eye looking straight, the other through the lens. Putting a dozen unknown variables between you and a hopeful result doesn’t sound like the path to successful experiment. Or maybe I’m just cranky and skeptical by nature?

That said, I have tons of Minolta glass, and there’s no one “Minolta” color rendition I can discern. In fact, lenses from the same generation give different results–generally separated by the initial price point. Does it matter? I can’t show you the differences between two massively complex, real-world analog outputs because they will have to go through several digital meat grinders before they are ejected as a lump of digital mystery meat that will be stuck on backside of your screen. “These bits mean nothing to me.”

I see your doubts, so, you can repeat the test with a one film roll – it would give you a comparison of 36 lenses, seems enough

Inasmuch as these lenses were designed for rendering photographs on film, and inasmuch as different films varied wildly between brands, even between different batches of the same brand, it does seem more anecdotal than axiomatic that Minolta lenses render better, or fuller, colors than any of the others. Different color rendition, yes. Better? Something about beauty and beholders’ eyes comes to mind about now.

As a teenager back in the 70s, I had a Minolta SRT-201 with a 50mm f/1.7 lens and a Nikomat FT (I believe) with a 50mm f/1.4, and I can tell you when photographing the same scene with identical film, shutter speeds and apertures, the Minolta did take consistently warmer pictures, at least to my then 16-year old eyes, than the Nikomat, which seemed almost clinical by comparison. I knew even then that Nikon's lenses were known for their sharpness, not that Minolta's were any slouches, and assumed that was the difference I was perceiving.

As TM noted, the test shots taken with various lenses were indeed taken and processed on modern digital equipment totally alien to the original format these lenses were intended for. However, TM assumed the processing engine(s) would alter/reconfigure/correct every lens slightly differently, “forcing” a certain conformity between different ones rather than allowing for individual differences to be revealed, thus skewing color rendition results so as to make them less comparable. Does that make this comparison any less legitimate? Perhaps. However, it is probably the best testing medium possible, and I would imagine results from running the same test using 35mm film would be downright haphazard, not to mention expensive.

I count 44 lenses tested and not any difference that I can see (although there are no Nikon, Pentax, or other strange brand lenses). Assuming the author applied the same processing chain to all of the images I would have to agree that there is enough data to say that most lenses do not seem to have a noticeable difference in colour. I may have to buy a box of pencil crayons at the dollar store. I want to identify if any of my lenses are outliers to this theory.

It would be great if you check your lenses too. Just one note: I assume that if to add into the test conditions something like front-light directly to the lens – the result can be differ, but it is enough expected behavior

You should have used film.

yes-yes.. A black&white film would be the best…

There are several sources with Minolta lenses lists, but the most accurate is a “book about Minolta” with the separated part “Minolta Lens – Perfect Data”(pdf is here). It is attractive because this data is Read more…